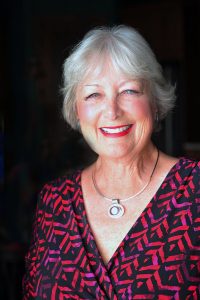 Born in Ohio, Joanne and her family moved to Albuquerque when she was twelve. She graduated from Manzano High School and attended UNM for two years before relocating her family to Las Cruces in 1980. It was there she completed her undergraduate and MBA degrees at NMSU, while raising two kids as a single mom.

In 1990, her passion for traffic safety issues led her to a career in the New Mexico Department of Transportation, where she partnered with federal and local governments to set up Community DWI Task Forces statewide, designed to change New Mexico’s status as the state with the highest DWI death rate in the country. Today, as a result of these Task Forces, less than half as many people die in DWI crashes as they did 20 years ago. 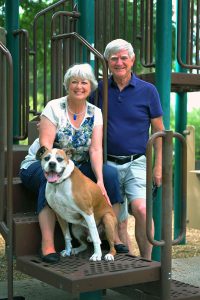 In 1999, Joanne moved back to Las Cruces with her husband Rich. Wanting to continue to impact their local community, they volunteered with both Mothers Against Drunk Driving and the Mesilla Valley DWI Resource Center, working tirelessly to reduce the incidence of DWI crashes in our county, and to educate the community about the dangers and consequences of drunk driving and underage drinking.

Her other volunteer work includes New Mexico Make A Wish Foundation, where she served as a Board Member in 1997, and since then as a Wish Grantor with her husband Rich. They enjoy meeting young families throughout Southern New Mexico, who have children with critical illnesses, and facilitating their wish to bring them strength, joy and happiness.

She has also served as co-chair for the Coalition for Pets and People (to reduce the need for euthanizing thousands of dogs and cats each year) and served as a Commissioner for the Las Cruces Planning and Zoning Commission (which reviews planning, zoning and variance issues throughout the City).